ContApp is an Android app that allows for a new way to visualize contacts. Traditional contact apps show you the list of people you know in a boring, non-intelligent, alphabetical fashion. But this app, makes use of the latest and greatest that the Android SDK has to offer and provides the user with a file-and-folder (heirarchy-based) view to easily view and manage their contacts! And the things this app can do once you have such structured data are amazing, to say the least 😏

I firmly believe that education is my passport to the world, and so I embrace continuing education - it is one of my biggest lifelong ongoing projects. You can take a scroll through the following slides with all of my LinkedIn Learning certifications, or view them on my LinkedIn profile.

Though this was just a short video I watched, it was a great starting point for getting into learning about the kinds of financial statements.

As a part of my Entrepreneurship minor, I took up the course "Entrepreneurship: Principles and Practices (ECON 325)" at UNC, through which, I have mastered the art of doing quick, back-of-the-envelope cash-flow statements. As can be observed through my LinkedIn learning certifications above, I have also done a course that goes into the details of Income, Profit/Loss, and Cash flow statements. Here are some of the cashflow statements that I have made in order to demonstrate my skills: 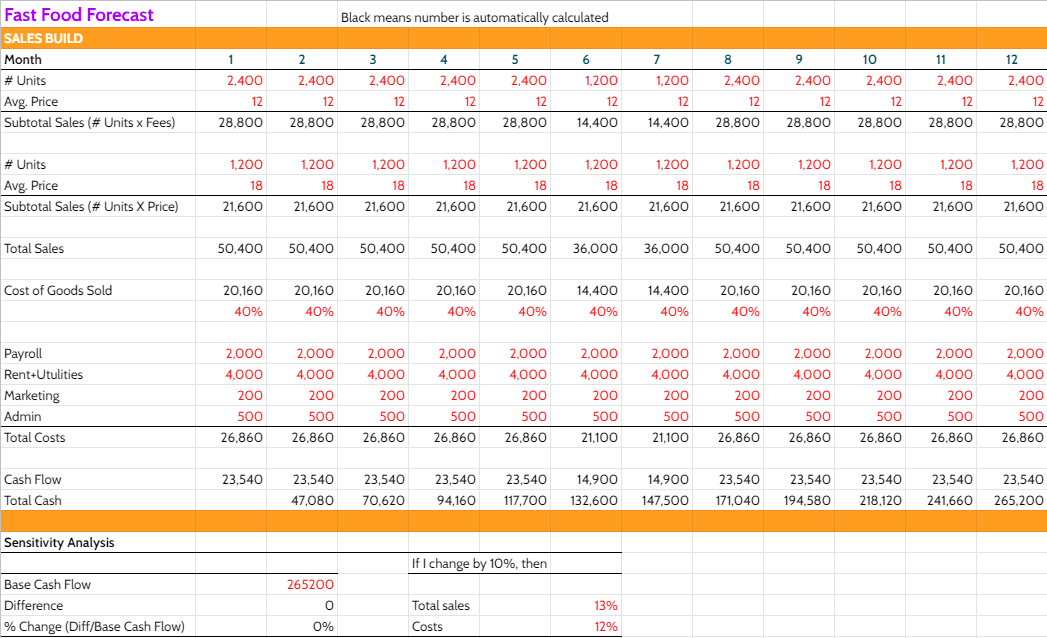 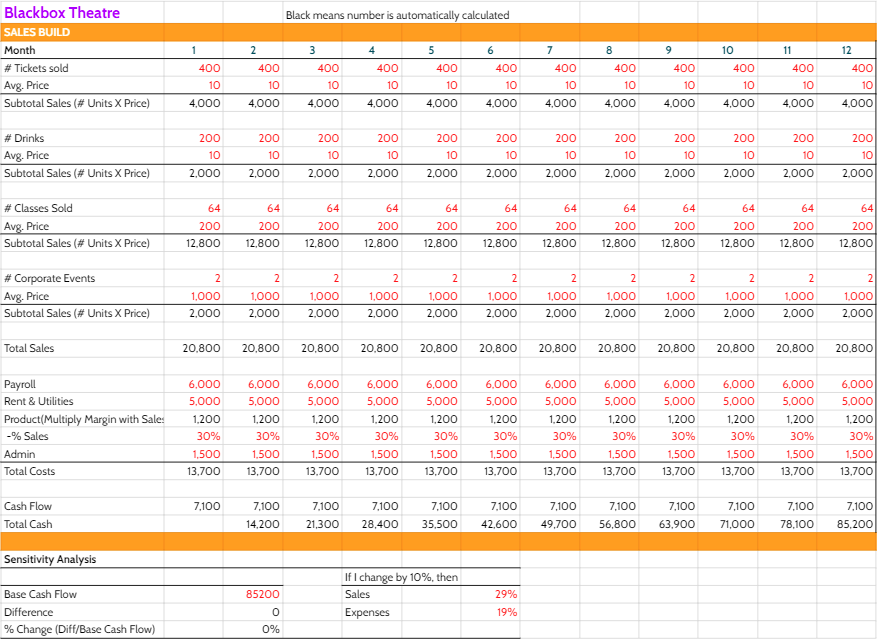 Newstopia is a news community app where people can load articles from the internet, and then have civil, moderated discussions about the caliber and credibility of news articles and media channels.

Searching for an article

Submitting any online article via URL to the Newstopia system

As a part of my Principles of Entrepreneurship course, I learned and applied rapid prototyping techniques to come up with two 3D designs in Tinkercad. I created first a rough design of a COVID-19-aware Kiosk system, which can perform face and finger recognition, can print tokens to act as a queue manager, and, last but not least, has a sanitizer dispenser (the magenta bottle to the left). Then, I created a rudimentary design for a robot that can perform surveillance via a camera. I believe it can become a great product for facilities where security is essential, such as prisons.

A mobile robot system equipped with AI, and a camera, that can perform surveillance in areas where high security is needed.

Through the course Data Science in the Business World, offered in Spring 2021 jointly by UNC's Kenan-Flagler Business School and the Department of Computer Science, I have come understand the prominence of unstructured data in the digital world and the potential of Natural Language Processing. Here is an infographic that explains my thoughts in further detail. 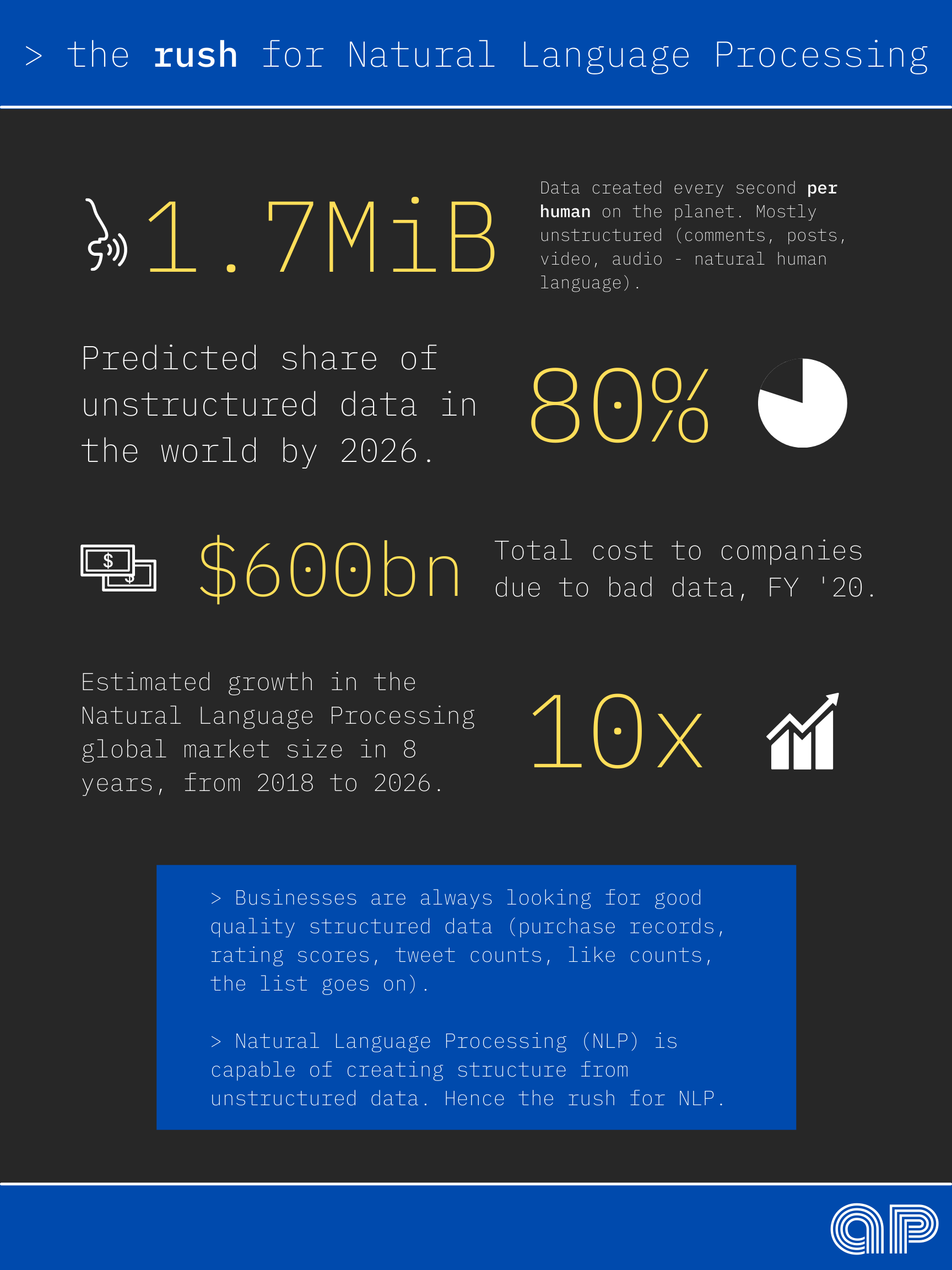 I joined LinkedIn in late 2017, and have spent years trying to design my profile to leave a great, positive impression on visitors. Here is a snap of my current LinkedIn profile. 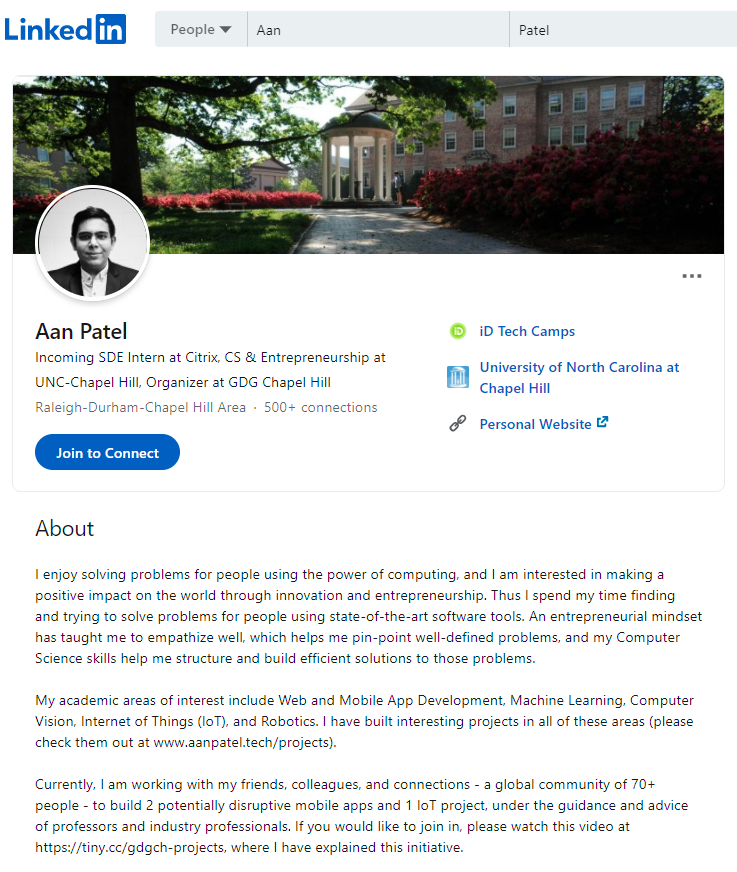 I wrote my first resume when I was applying for a university chapter membership back in November 2017. It was shabby and other than my academic achievements and small robotics projects, I did not have much to show. I have worked hard on developing my skillset and establishing myself as a skilled software developer who takes pride in his work, and is constantly on the lookout for learning new things and growing. The following resume is a result of those years of sweat and perseverance.

Samosabucket is an open-source (GPL v3) food delivery web app which is easy (and free) to set up, and handles the full workflow needed to run a basic food delivery service. It was created with small restaurants trying to survive the COVID-19 pandemic in mind.

This was my Fall 2020 COMP562 (Intro to Machine Learning) Project at UNC-Chapel Hill. We used a pre-trained Multi-Task Cascaded Convolutional Neural Network (facenet-pytorch MTCNN) and trained a PCA-SVM pipeline to detect faces in images and then classify them to see whether people in those images are wearing masks.

MediScan is an Android app that allows the user to take a picture of any on-paper medical record. The user will then highlight areas of typed/handwritten text information to then digitize them into easily-readable spreadsheets by using Optical Character Recognition (OCR) via Google Cloud Vision.

Newstopia is a community-based mobile app that allows its users to critically rate articles and have meaningful, civil discussions regarding media trust and article legitimacy. I came up with the idea and then built a prototype along with my friends at HackNC 2019 - it was an iOS prototype app named "TrustMe". The DevPost link to TrustMe is provided below. Much more is coming to the app, and it is being developed privately.

A dashboard that provides insights into Chapel Hill’s crime data, via visualizations made using Tableau.

A website and an Android app that enables VIT University students upload their resume, create portfolios, connect, recommend and chat with other VITians!

I came up with the idea, designed the project's architecture, was responsible for integrating the software components, and led our team of 5 to a top-10 finish at an all-India 36-hour hackathon with 170+ competing teams. The project consists of a RaspberryPi system connected to a camera, triggers recording upon motion detection, performs face recognition, and sends SMS intruder alerts via the Nexmo API that include a link to the live camera stream which we had set up using FFMPEG, an open-source live streaming solution. Our team received a Rupees 100k (about 1,350 USD) grant offer from VIT University's Technology Business Incubator for the same.

Pitching at the hackathon

Here's a photo of us pitching the PiVision project to two judges at the national hackathon, named "SELECT Make-a-thon", conducted by SELECT (School of Electrical Engineering), VIT University.

We finished in the top 10 in the hackathon, and were invited to pitch for raising capital via the university's business incubation cell. The whole team was unable to convene at the awards ceremony due to ongoing classes, but thankfully one of us was able to spare out some time :)

We were provided the hardware on-venue, and were, as a result, unable to take back anything after the hackathon. But here is a pic that shows how the system looked like!